My dog is itchy all the time?

Ever noticed someone who is nervous reach for something to hold or scratch themselves? Ever cut someone of in traffic and ran your fingers through your hair? It’s something very similar. Let’s have a look with a cup of coffee in hand!

So you have noticed that your dog is constantly itchy. They seem to lift that back leg up and scratch at around the same place all the time. You’re worried and think a visit to the vets is in order. Maybe even something like this (Lifted at random from youtube):

In the vast majority of cases, there is simply nothing wrong with your dog, there are no negative health issues with your pal. There are two simple tests you can use to see if there is something “wrong”:

To keep the studies data analysis very brief and simple to understand I will keep it short and to the point.

Here is how the experiments subjects (13 turtles) where made ready for testing:

Why go to this extreme? Good question, quick fire answer: To provide all subjects the same conditions to process the experiments inputs. This should allow for the subjects to provide as true as possible an output with respect to the input.

So what did they do?

They tested the turtles for 3 different types of scratch stimulus and 1 swim stimulus.

They found that through the tests (570 repetitions per test) they could determine that a particular type of scratch (in this instance the turtles caudal scratch) and the swim related nerves could be activated resulting in strikingly similar patterns.

The resultant analysis indicates that the rhythmic scratching and rhythmic locomotion control of vertebrates shares the same nervous structure and signals. Meaning the brain and body function extremely similar for both movements independent of cause.

I haven’t lost you yet have I? Because this is where we get back to your dog scratching themselves. Certainly, like any animal, dogs have itches they need to scratch. But what about the constant scratching for no apparent reason? You will find that the dog is in a nervous state and they are not readily moving about. This type of scratching tends to occur when they are waiting for something to happen, they are attentive, inhibiting their actions and the time taken, or level of arousal is so high that they develop a “nervous itch” to scratch. This keeps them in one place and provides an outlet to the nervous activity. You see your dog is excited or nervous about what is happening and generates an outlet automatically. That is why, in this instance, when you get your dog to run around the scratching goes away. The scratching can also be replaced by the zoomies or even incorporated into them. This so called random activity burst also happens for similar reasons, my suggestion is that the nervous activity is too great for a scratch response – think of watching your team win and the popcorn and drinks fly through the air to cheers of the maddening crowd, there is too much nervous activity for a simple golf clap. Watch this video to see the zoomies (FRAP) with some scratching toward the end (Lifted at random from youtube):

To combat this, as in more extreme cases it can be a precursor and/or develop into something more manic, please look at your dog’s history – ask the breeder what the parents are like, diet – how much processed food, variety and quality are they receiving and exercise – mental and physical. If you can ensure that your dogs needs are fulfilled – including rest periods – then this behaviour should balance itself out as your dog becomes better adjusted to their environment. 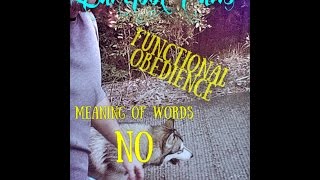 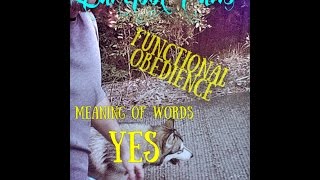